Get Your Free Consultation

One of Manchester’s very own local celebrities has undergone hair replacement treatment this week at The Hair Loss Clinic, in a bid to dissolve the stigma surrounding male hair loss after the topic being much debated in the press recently.

DJ, Jason Griffiths (aka JK of Radio & TV double act JK & Joel) has admitted to feelings of insecurity, often highlighted through him being in the spotlight.

The 36 year old Radio Aire DJ and star of shows including Hider in the House, Sing it Back and Escape from Scorpion Island has been aware of his diminishing hair line since the age of 25, a common problem amongst many males, however it has been highlighted further recently due to his career in children’s television.

Having tried a variety of different pills and potions over the years, Jason was at a loose end and had tried to ignore the issue. Best known for his comical antics with fellow radio presenter Joel, he has tried to take a humorous approach to the subject and taken to hiding his hair under a cap.

Jason Said: “Hair loss is often seen as just ‘one of those things that happen’ but it can be very hard to comes to terms with it as it affects the way you see yourself as well as your confidence. Working in children’s television, it’s obviously important to convey an image of vitality, energy and I suppose a youthful edge, so it doesn’t help when you realise you are going bald. I never thought I’d see the day when my career relied upon my looks – I have had numerous comments made about my thinning hair over the years, with colleagues joking about getting the camera angle to hide my bald patch or ‘egg in the nest’ as it’s most often referred to.”

The Hair Loss Clinic picked up on Jason’s concerns, despite the humorous approach he had adopted, and contacted him to see if they could help, or at least let him know that there are a number of treatments available. After attending a couple of consultation sessions, which involved taking hair samples, scalp analysis and scalp measurements, Jason decided on a hair replacement system.

Just 4 weeks later Jason went back to the clinic to have the hair replacement system fitted. A combination of thin lace netting and human hair which is pre-matched to the original hair colour and texture was fitted over Jason’s scalp using a medical gel.

The hair replacement system allows clients to go about their daily life as normal, which is great for Jason as a lot of his time is spent performing various stunts on television. He can now forget the system is there and only needs to return to the Hair Clinic every 3-5 weeks, as he would with regular haircut appointments, to have the system removed, cleaned, cut and restyled in line with their own hair growth. 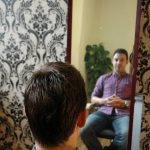 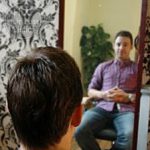 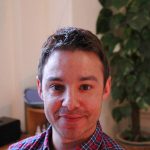 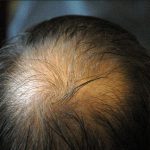 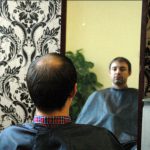 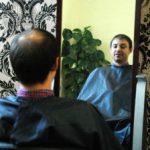