An explanation of the various types of Alopecia and any available treatments.

This is a common form of hair loss in both female and male humans. In males in particular, this condition is also commonly known as male pattern baldness.

Hair is lost in a well-defined pattern, beginning above both temples. Hair also thins at the crown of the head. Often a rim of hair around the sides and rear of the head is left, or the condition may progress to complete baldness.

The pattern of hair loss in women differs from male pattern baldness. In women, the hair becomes thinner all over the head, and the hairline does not recede. Androgenic alopecia in women rarely leads to total baldness. 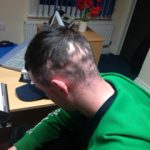 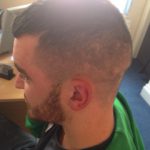 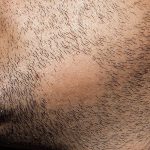 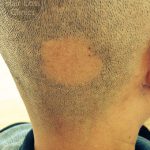 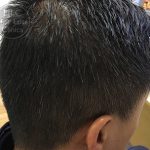 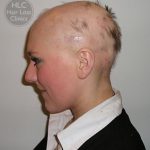 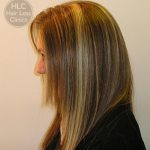 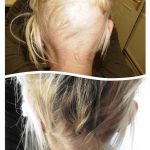 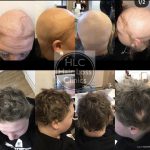 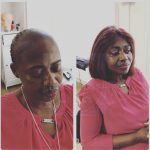 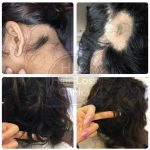 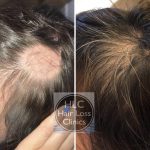 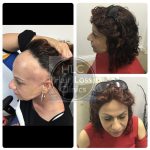 This is a highly unpredictable, autoimmune skin disease resulting in the loss of hair on the scalp and elsewhere on the body. This common but very challenging and unpredictable disease affects approximately 1.7 percent of the population.

Due to the fact that much of the public is still not familiar with alopecia, the disease can have a profound impact on one’s life and functional status, both at work and at school.

In Alopecia Areata, the affected hair follicles are mistakenly attacked by a person’s own immune system, resulting in the arrest of the hair growth stage. Alopecia usually starts with one or more small, round, smooth bald patches on the scalp and can progress to total scalp hair loss (Alopecia Totalis) or complete body hair loss (Alopecia Universalis).

This is the loss of all head hair. Its causes are believed to be an autoimmune disorder. Stress is sometimes thought to be a contributor to the hair loss caused by alopecia, however many people leading relatively stress-free lives have experienced the symptoms.

or alopecia areata universalis is a medical condition involving rapid loss of all hair, including eyebrows and eyelashes. It is the most severe form of alopecia areata, with an incidence of .001% (1 in 100,000).

is most commonly found in people with ponytails or cornrows who pull on their hair with excessive force. In addition, rigorous brushing and heat styling, rough scalp massage can damage the cuticle, the hard outer casing of the hair. This causes individual strands to become weak and break off, reducing overall hair volume.

is the loss of hair caused by compulsive pulling and bending of the hairs. Onset of this disorder tends to begin around the onset of puberty and usually continues through adulthood. Due to the constant extraction of the hair roots, permanent hair loss can occur.

Traumas such as childbirth, major surgery, poisoning, and severe stress may cause a hair loss condition known as telogen effluvium, in which a large number of hairs enter the resting phase at the same time, causing shedding and subsequent thinning. The condition also presents as a side effect of chemotherapy – while targeting dividing cancer cells, this treatment also affect hair growth phase with the result that almost 90% of hairs fall out soon after chemotherapy starts.

to the scalp, as when radiotherapy is applied to the head for the treatment of certain cancers there, can cause baldness of the irradiated areas.

is an immune malfunction which results in hair-less patches appearing in the beard region. In simple terms the immune system gets confused and begins to attack the hair follicle thinking that it is an invader to the body.

The good news is that thousands of men have been able to reverse their alopecia problems using our specially prepared product.

The auto-immune problem is known as alopecia areata. Within it there are a number of different sub-groups (names given to describe the extent of hair loss and the area that it attacks). At one extreme, there is alopecia universalis – total loss of every hair on the entire body and at the other end of the scale, a single patch on the face or scalp may appear.

is a scalp disorder characterized by the thinning or shedding of hair resulting from the early entry of hair in the telogen phase(the resting phase of the hair follicle). Emotional or physiological stress may result in an alteration of the normal hair cycle and cause the disorder, with potential etiologies including eating disorders, fever, childbirth, chronic illness, major surgery, anemia, severe emotional disorders, crash diets, hypothyroidism, and drugs.